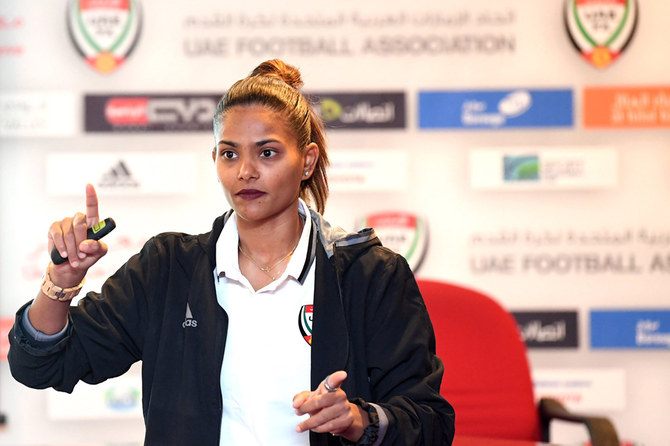 BANGALORE: On and off the football pitch Houriya Al-Taheri has been overcoming obstacles throughout her life.

“Football is a man’s sport” are words that, not surprisingly, the 34-year-old Emirati has had to contend with throughout her 15-year career as a goalkeeper and later, a football coach.

It is just as well that she ignored the doubters. Today she stands as the first Arab female FIFA-certified coach, and currently manages the UAE Women’s National Team.

From leading the UAE national team to victory in 2010 and 2011 at the West Asian Football Federation (WAFF) women’s championship and being selected by FIFA for women’s football regional coaching in Jordan, she has played an integral role in raising the visibility of women’s football in the UAE, an indeed the rest of the Middle East.

“There weren’t enough girls playing the sport, there weren’t any clubs for women, and the culture and community didn’t believe in or support women who wanted to play sports,” she told Arab News.

But with dedication, and her extensive knowledge of the sport, she was able to break down barriers in a male-dominated game.

At the age of 17, while playing football at a park with her brother, Al-Taheri was spotted by a coach who asked her to join one of the first women’s clubs in the UAE. Two years later, she joined her first official sports club, the Abu Dhabi Country Club.

Over the years, alongside playing the sport, she also worked on obtaining a coaching education license.

The former goalkeeper for the UAE women's national team rose through the ranks and ultimately led the UAE squad to victory over Iraq in 2017 for the country’s first win in a Women’s World Cup qualifier. And her efforts have had an increasingly positive impact at home. There are now eight clubs in the UAE Women’s Football League in addition to the under-14 and under-16 leagues to help promote young female talent.

In a 2019 video campaign with Nike, Al-Taheri said: “Helping the new generation, this is important. Giving opportunity, helping people grow. Let them believe in themselves.

“We are raising a generation of women who love football, who are the champions of the UAE and who one day, with a lot of hard work and dedication, will become champions of the world. The doors are open for anyone to chase this dream and we are entering it with vigor. We are here to stay,” she added.

Al-Taheri also hailed the role played by her family in supporting her success. “They are proud of what I have achieved, and this has strengthened their belief in women in sports,” she said. 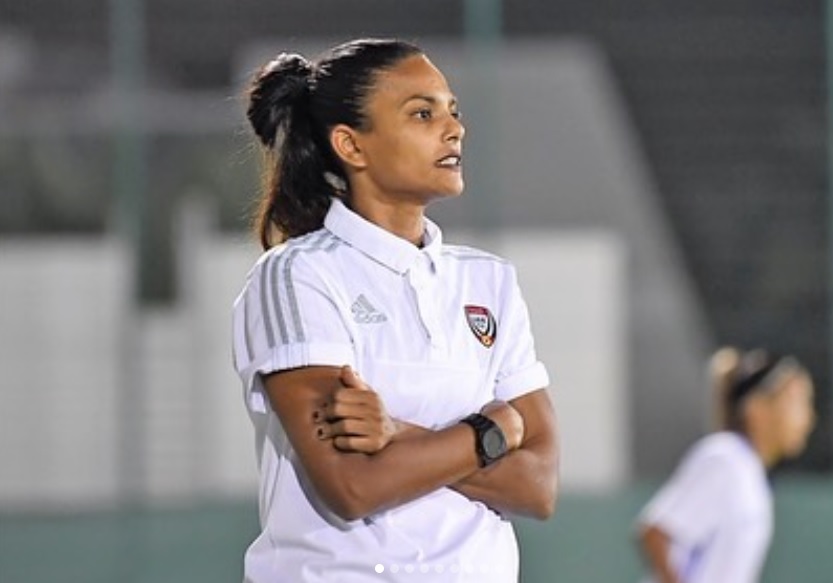